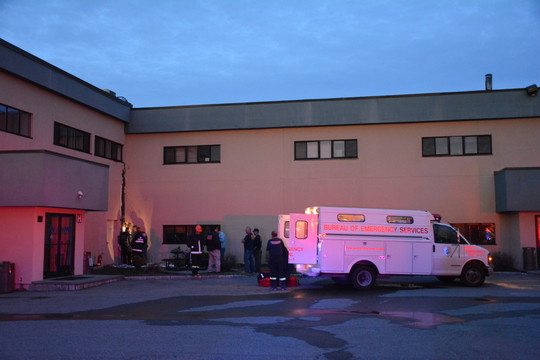 A fire at a plumbing supply building was quickly contained, according to Brewster Fire Chief Thomas Leather.

The building, towards the end of a long driveway off of Route 22, is the location of a company called Matco-Norca. Leather said the fire department was dispatched shortly before 6 p.m. in response to a confirmed structure fire.

Once the fire department arrived there was no active fire, Leather added, but rather it was a smoldering, which was quickly put out. Stucco was removed from a corner of the building as a precaution to see if the fire had spread, Leather added.

The chief said that the cause has not been determined and that there were no injuries. He also stated that mutual aid was provided by fire departments from Putnam Lake, Lake Carmel and Patterson.

Child with Autism Made an Honorary Plumber
August 13, 2015

We are very proud to showcase a sample of our many projects completed over the years at WHM. Various galleries showcase the different stages of work and the different services of WHM.
Search WHM
Contact WHM
Contact Information
Address: 6H Enterprise Drive East Setauket, New York 11733 Phone numbers: 631-473-3568 Email: WHMPlumbing@optonline.net
Go to Top